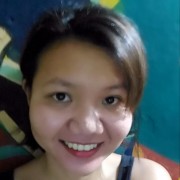 If 2019 had been a great year and probably the best year for me, 2020 is the opposite. It’s the year I never want to revisit, except maybe the first two and a half months. And I’m quite sure most, if not all feel the same about it. So why am I doing this post? I guess to continue the tradition I started last year. Hopefully, 2021 will be way better than this year.

2020 started with me panicking that my flight to Singapore might get canceled. Less than a week before my flight, Taal Volcano erupted. Because of its close proximity to Metro Manila, it resulted in the cancellation of some flights. I remember praying so hard every day for my flight not to be canceled, and I even went to Sta. Clara Monastery to offer a prayer petition. My prayers were granted and I was able to fly to Singapore to visit Andreu.

I stayed in Singapore for 2 weeks. I was there during the Chinese New Year. He showed me around Singapore and took me to places I haven’t been yet (it was already my fourth time in Sg). I also did some sightseeing by myself when he was at work. I revisited the Singapore Botanic Gardens, ArtScience Museum, and the Asian Civilisations Museum. What I miss most from that trip is meeting him near his office every afternoon after work and also the walks back to his place after dinner.

While there, I also accompanied him to Malaysia to see two hand specialists (he had a brachial plexus injury (BPI) due to a motorcycle accident). It was one of the best things that happened because the second doctor that he had an appointment with was very honest and told him he hasn’t handled BPI for about 10 years already. But he gave the name of one of the best doctors for that type of injury. That doctor is in Thailand and he was the one who performed his surgery the following month.

I went back to Singapore two weeks after that visit and together we went to Bangkok for his surgery. The surgery went well and we were supposed to stay there for two weeks (until the stitches from the surgery are removed) before going back to Singapore. While in Bangkok, I attended a Thai cooking class and visited some night markets.

It’s just very sad because we had so many plans after the surgery (like going to Laos after his trip to Spain) but so many things happened. He had to go home to Spain a week after his surgery and we haven’t seen each other since then. We never expected that Covid will become a pandemic. I’m just glad he was able to have the surgery before the lockdowns. His arm is a lot better now and hopefully will be back to how it used to be real soon.

Twelfth Week Up to Second Week of November

During this period, I was stuck in La Union. Few days after I returned from Thailand, the lockdown was enforced in Luzon. My parents were with us during the lockdown. They were supposed to be here for a month only, but because of the lockdown, there were no flights back to the states. They were able to fly back to the US in the first week of June.

Our store was closed for about two months. I tried to be as productive as I can during that time by trying to publish two blog posts a week. I also did a lot of gardening. And I made a website for our store.

When the community quarantine measures eased up, we opened our store again. But things weren’t the same as before. Most of our customers rely heavily on tourism for a living. Some business establishments had to close permanently. Our sales were really low, and we were just breaking even. I thought that our sales will get better while the holiday season approaches, but it was the opposite.

I think the only nice thing in my daily life is the afternoon walks at the beach with my nephew when it is not raining.

Last Two Weeks of November and First Week of December

For the first time after more than eight months, I went out of the province. I had to go to Manila to pack up my things in my apartment there. I decided not to renew the contract anymore. While there, I met some of my friends. Hanna and I even went to the University of the Philippines (where we attended college) and visited our favorite hang-out spots to reminisce about the good old days.

While I was in Manila, a friend contacted me and asked me to meet for an interview. I got excited after the interview because I was given the impression that the position is urgent and that I am the person they need for that job. It’s not that I wanna go back to working in the mining industry again. But this year had been very challenging. I am running really low on funds and I don’t know how I am going to survive in 2021 so having this job would be a lifesaver. However, until now I haven’t gotten any call about the job yet.

The first two weeks of this period was spent with me doing self-isolation because I came from a place with so many active cases. The first day was very hard. Although I’m used to living alone, I didn’t like the thought of being locked-up. But as the days go by, I started getting used to it already. I found things to keep me busy (such as watching Forensic Files on Netflix).

When my self-isolation was over, it was almost Christmas. I went back to my daily routine (store, beach, store, blogging).

During the earlier months, I was still very hopeful that this nightmare will end real soon. But as time passes, it seems that it is getting worse and I was starting to lose hope. And one of my fears was that Andreu and I are going to break-up. I have read stories on a group on Facebook of couples breaking up because of the distance. And we did break up earlier this month. It’s just so sad because he is the nicest guy I’ve ever met (he doesn’t agree with me though that he is a nice guy). I wasn’t even expecting before that I would meet a guy like him, but I did.

This year had been an unpleasant one, but there are things that I am thankful for. I am thankful that my family and friends have been safe from the virus. I am grateful that my business is still in operation. And I am thankful that despite all the bad things, I have supportive friends who are there for me when I need to rant about the things happening in my life.

In a few hours, this year is going to end, and hopefully, the pandemic will soon end too. I’m not feeling really positive right now (my hormones are messing up with me again), but I will try my best to be.

I wish everyone a happy new year. And let’s always remember that if we want something, the universe will conspire for us to achieve it. Let’s all stay positive!